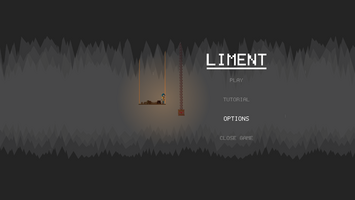 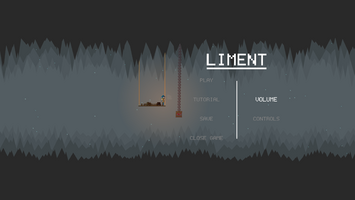 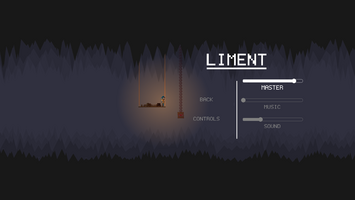 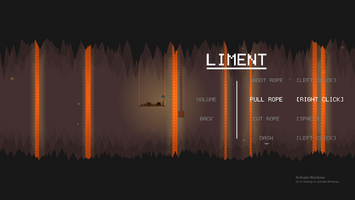 So after a long time of not wanting to tackle the boring task of a new start menu, I did just that. I'm definitely not a great UX or UI designer but I feel like the menu I've designed here is pretty clean and nice to look at. I finally added the infamous "OPTIONS" menu which is pretty bare bones at the moment. For now you can adjust the volume of the sound effects and remap the controls. Unfortunately, the settings aren't saved after you closed the game but I will have that fixed for next week along with two new categories. These will be "Performance" and "Brightness".  So if you played the current version and you experience bad frame rate wait till next week and you can fiddle with the performance options to try get it to work. I will be working on optimizing the game but sacrifices will probably have to be made.

I also made the start menu change between the different biomes which I feel looks very nice. 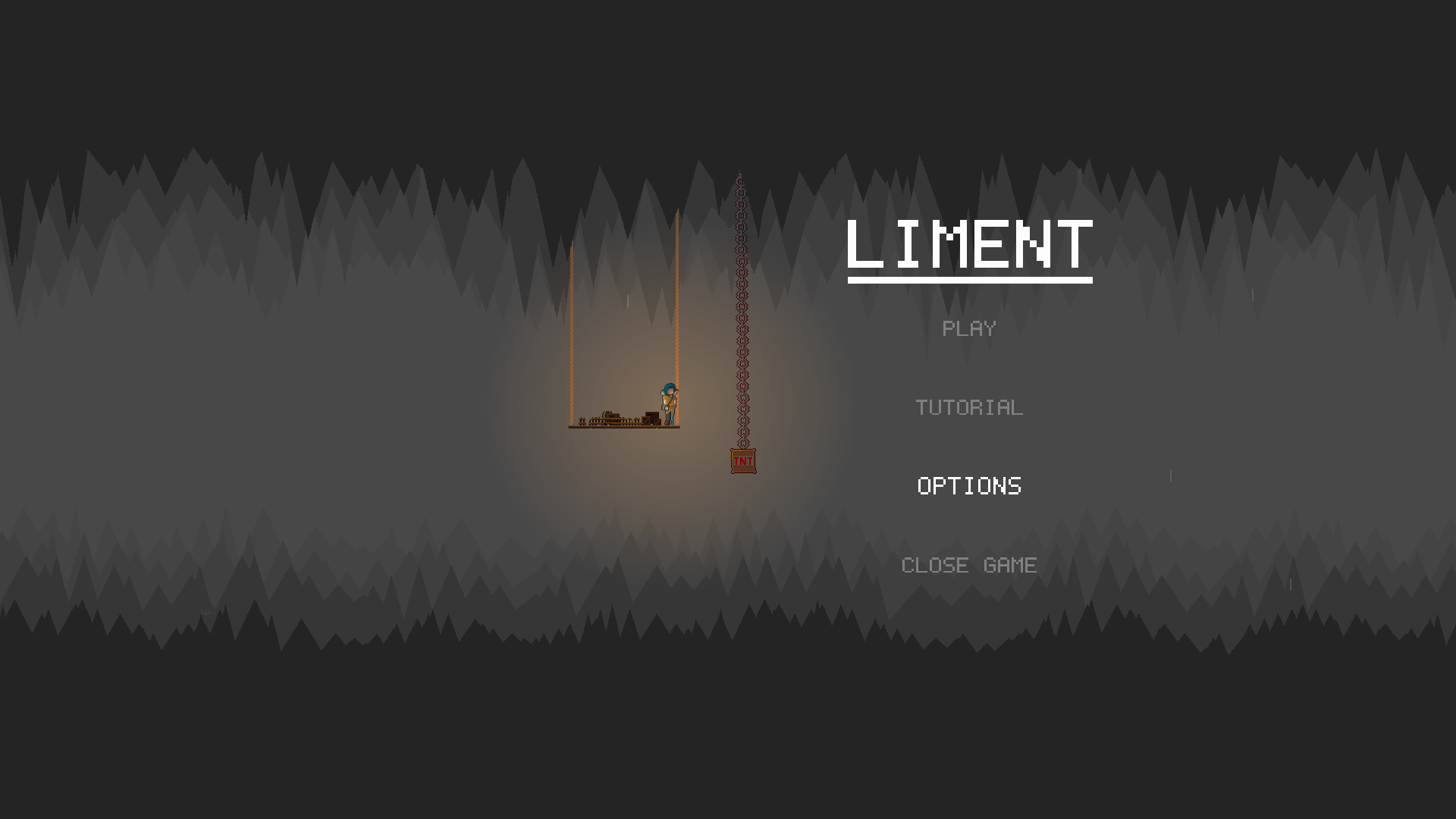 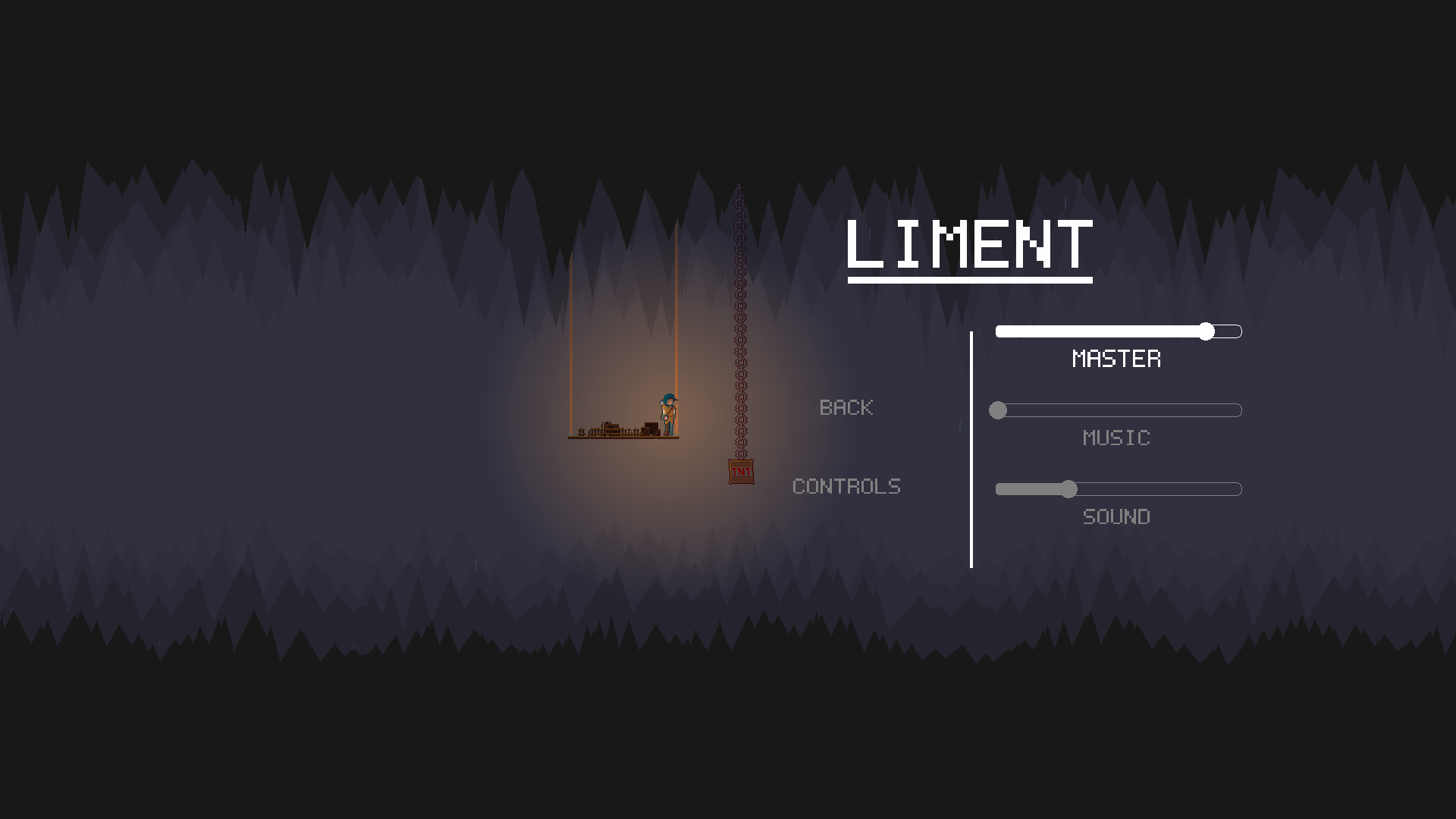 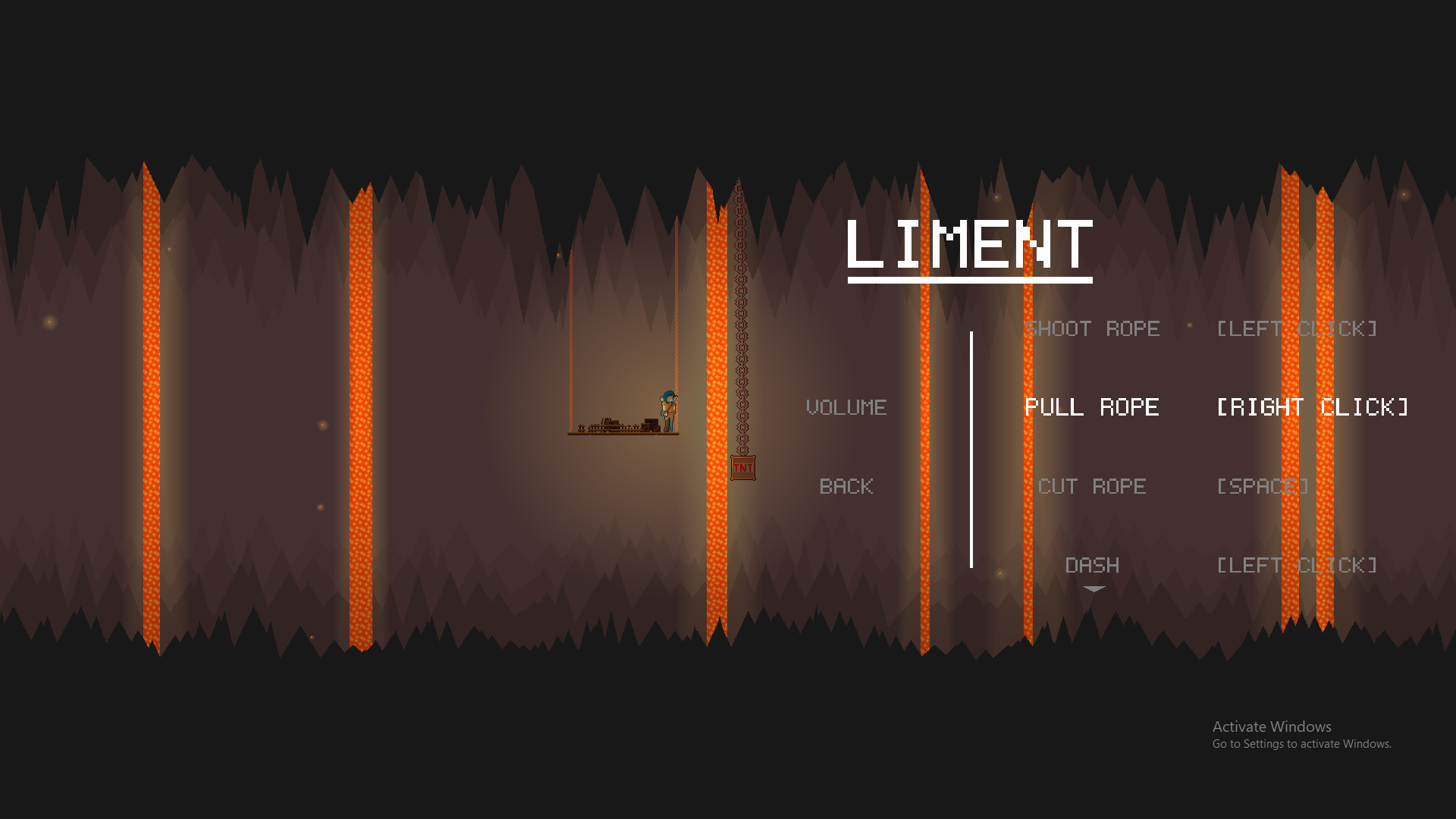 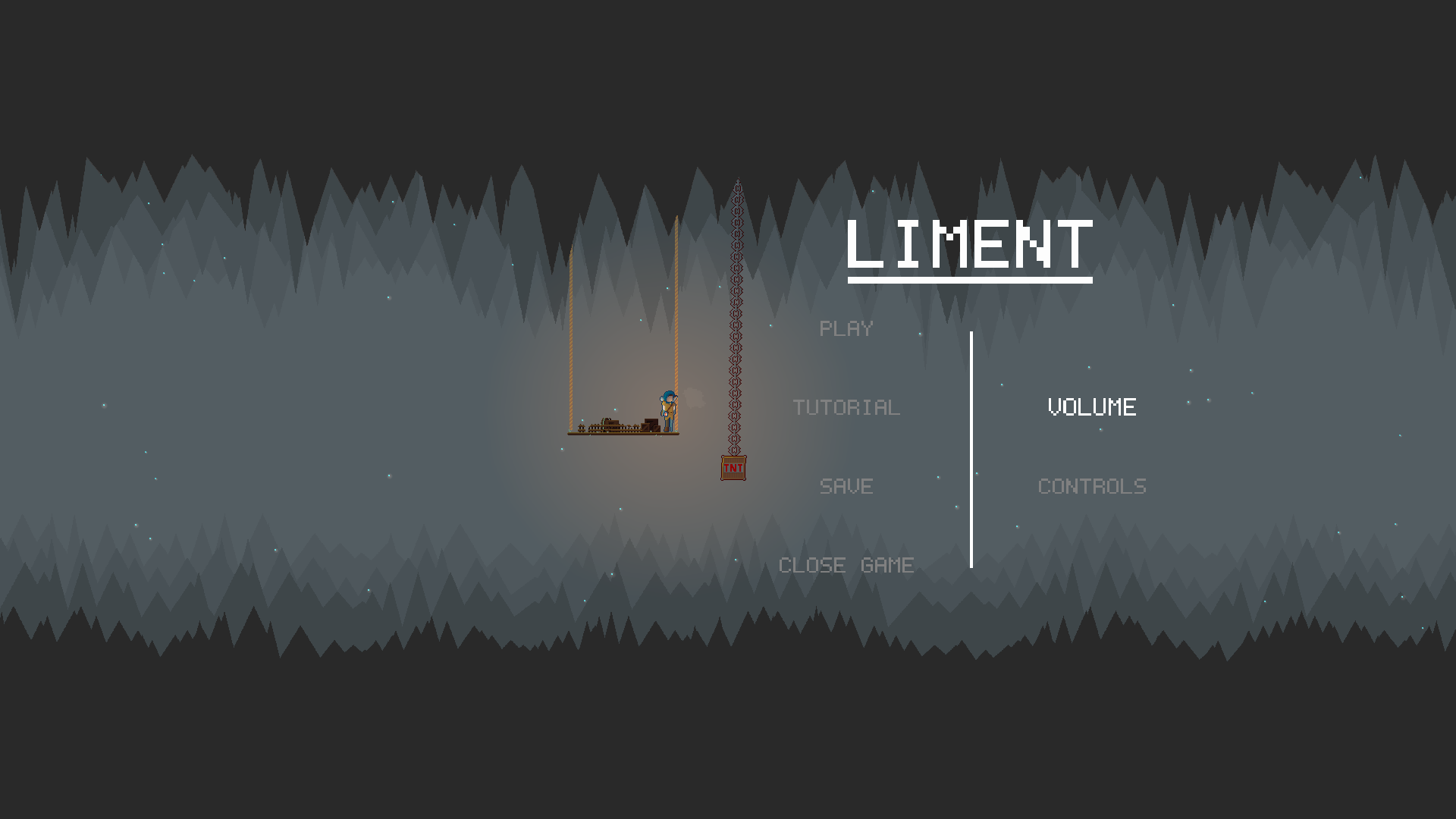 You may notice from the above screenshots that they are in 16 by 9 format (which is new for Liment if you're new here). This is because I've added the long awaited feature, full screen. Simply press "F" and bam! universally accepted as a basic feature of most games. No support for other monitor display aspect ratios like 4 by 3 but I do plan to add it.

Adding full screen support also brought performance issues which took most of my time for this week. Hopefully the game works fine for you but if it doesn't sit tight for the performance option.