Before I get into the changes I've made, I want to confess something. After the last devlog I didn't work on the new Journey Mode. Not only that, I didn't work on Liment full stop  until last night. The reason I want to tell you this is because I learned that my routine is fickle. All it took was one really fun game, and I stopped all work on MY project. And after a day or two of binge playing this game, I started playing it less and less and instead of using that spare time for Liment, I watched Youtube. It's a shame really that after a few weeks of getting into a game dev groove, that my streak could be broken easily. Now, I'm not saying I should work on my pet projects 24/7 as I'd get burnt out quickly but rather that I should plan out days off in future, making sure I know when I have to get back to designing.

Luckily, I did manage to pull myself together and create a new version of Liment for this week's devlog. This is a great way to motivate yourself for small projects like this and I'm loving every time I upload the newest version.

Enough of that,  I think it's time we get into the meat of this devlog.

Version 1.5, which was just uploaded, looks very similar to the last version as I've been creating the framework which the new Journey Mode will fit into. If you didn't see the plan for the Journey Mode from the last devlog, here it is: 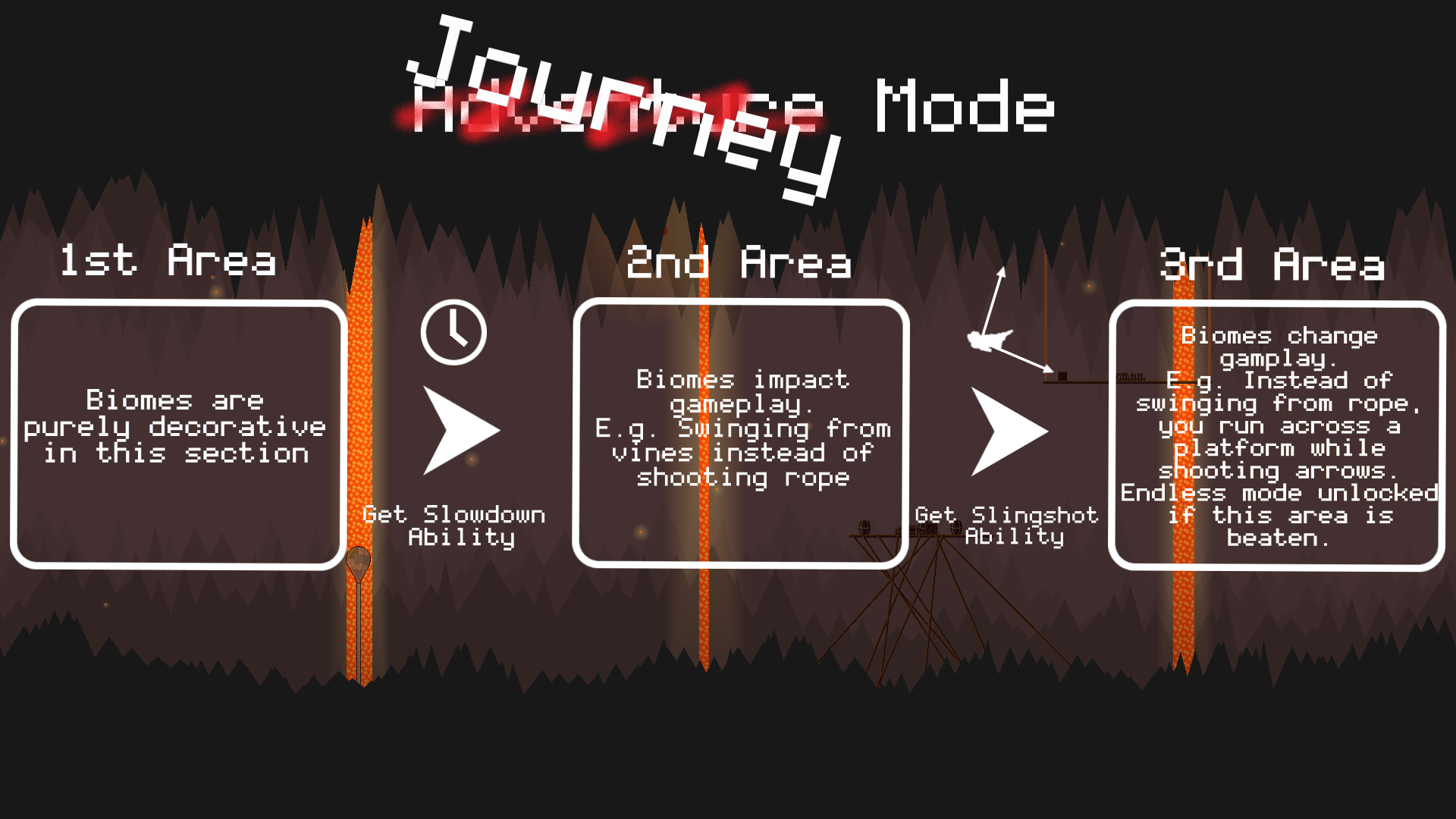 From this plan, the progression through areas has been added to the game as well as unlocking the other game mode, "Endless". This plays how Liment used to play for those of you who played any of the previous versions. What's left to be added is unique biomes to each of the areas, a proper ending to the journey mode, and unlocking the abilities after each area. If you want to try out these mystery abilities you can still click the "experimental gameplay" option at the start menu. (There are some things about the Journey Mode not explained here so if you want know more, click here: https://hacktrout.itch.io/liment/devlog/95774/big-plans-for-liment ).

As you can see Liment is close to completion and it will hopefully be finished in the next two or three weeks. You can download Liment for free  and I hope you can stick around till the end of this project. Cheers and bye for now. (The game was Mindustry by the way).